If there were a comma after the first word, it would be like a formidable warning of danger. However, it is not there, which means that users are not even recommended, but simply invited to familiarize themselves with what is happening on Pokerdom.

And an amazing thing happens there - an action called "Epidemic Boost"which aims to reward players at the Boost tables. A prize fund of 1.3 million rubles (this is about 20 thousand dollars) has been formed especially for them, which will be drawn in two directions - the rating table, for which 1.1 million are pledged, and a lottery, where the rest of the money will go.

To become a participant of the promotion, the user only needs to play fast games of the Boost format for cash. Moreover, each ruble of rake that will be generated in this case is the equivalent of a point entered in special tables - one for each of the three groups of limits.

According to its results, the first twenty-five players in each of the three tables will receive cash prizes - from one thousand rubles for the taken 16-25 place in the limits from 2.5 / 5 to 5/10 rubles to 160 thousand for the first place at the limits over 25/50 rubles. A detailed distribution of bonuses is described in the table on the Pokerdom website. 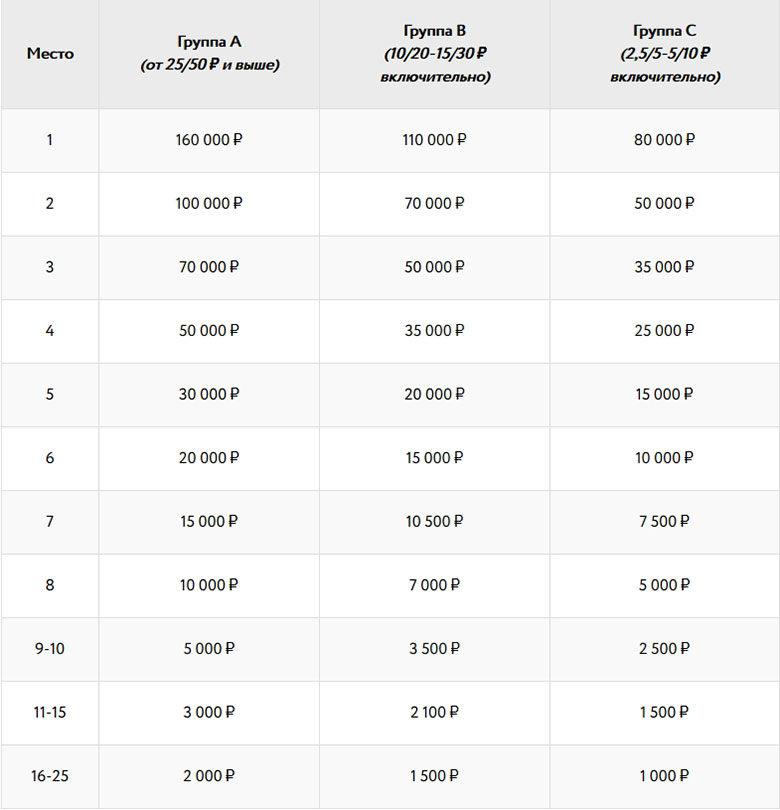 As for the lottery, its prize fund consists of tickets of different types and denominations for the winter GCOOP series. These tickets will be awarded to each player who has collected 5,000 raked hands, but no more than 15 tickets per hand. 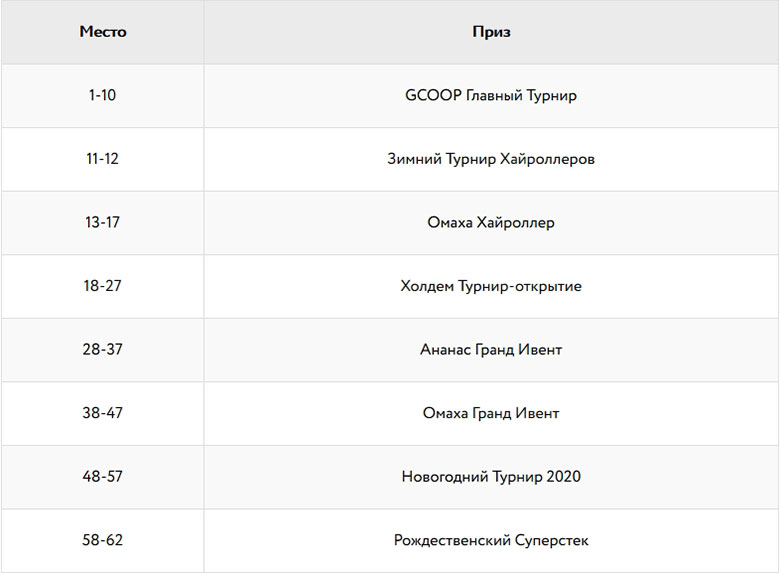 Naturally, there will be more such players, and therefore they will be determined by a special service random.org, which helps Pokerdom in such events. Therefore, it may well happen that one user will receive several tickets, and the other will be left with nothing.

The lottery formula plans to draw 62 tickets in eight nominations, that is, for eight tournaments. Detailed information about what kind of tournaments there will be, and how many tickets for each of them will be drawn during this promotion, can also be found on the official Pokerdom website.