Americas Cardroom is a WPN (Winning Poker Network) poker room that is popular among American poker players. The site was registered in Cyprus and received a license in Malta. The main currency of the poker room is the dollar. You can play on the platform at any time of the day.

Its features include high quality, a comfortable gaming lobby, a large number of filters, and extensive functionality. The tables are equipped with autorebay and time bank. It is also necessary to note the stability of the local client and the absence of problems with admission. Among the minuses, there are jams, which appear quite rarely, and the small size of the buttons. 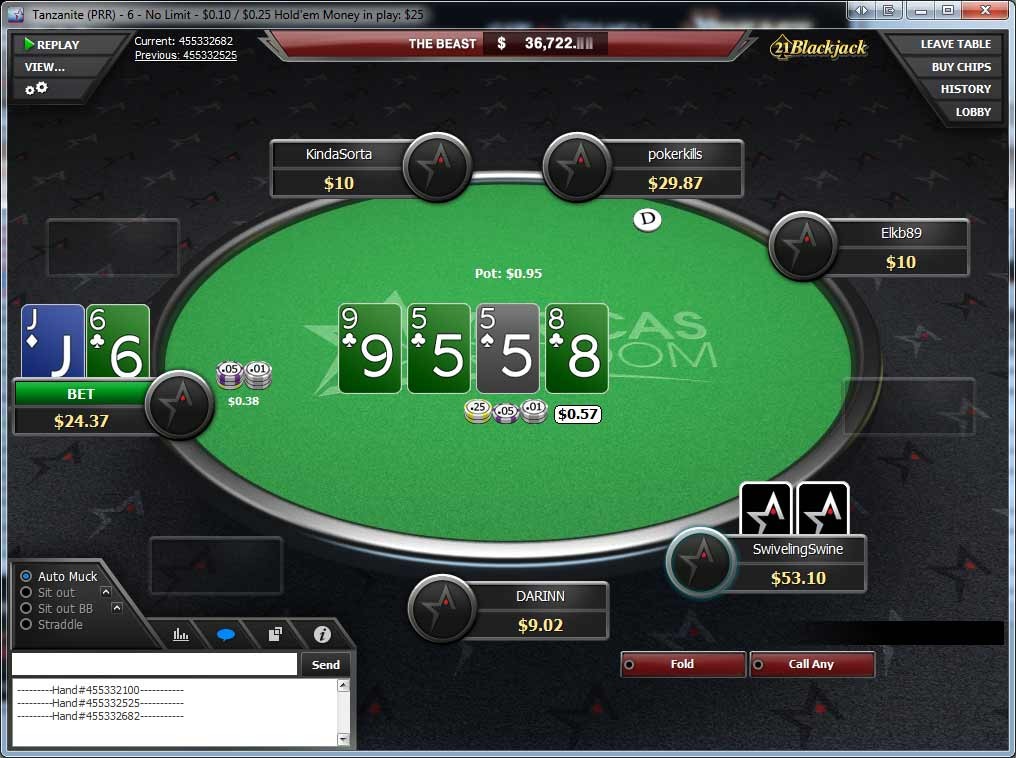 The game client can be downloaded to Windows-equipped devices. A beta version has already been launched, targeting macOS users. The use of auxiliary software is allowed, in particular, programs such as Poker Tracker and Holdem Manager. We must not forget about the proprietary layout.

The methods are standard; the developers selected payment systems, focusing on the market conditions. The system processes the request within 2-5 days. You won't be able to withdraw less than $ 50 at a time to an electronic wallet. It is also allowed to use checks and bitcoins to withdraw money.

Most of the users who have signed up for Americas Cardroom live in Europe and North America.

The room was opened in 2001. Then he was still part of the Ongame network, focused on poker players from America. That all changed after the law to ban online gambling came into force. As a result, the Americas Cardroom platform, like other poker rooms, had to be closed. The second opening of the site happened in 2011. Today the room is the recognized flagship of the WPN network, where users from Russia can play. Peak hours fall in the middle of the night (Moscow time).

The increase in the traffic of the room was a consequence of the marketing policy. New players were attracted through impressive prize money, direct rakeback, tournaments from the LSOP series, and quick cashouts. Americas Cardroom is a sponsor of the Punta Cana Poker Classic.

Official resource and software of the poker room

The main page of the site is its business card. It was designed in black and used in shades of white and red. The logo was located in the upper left corner. The first letter was given the shape of a star. 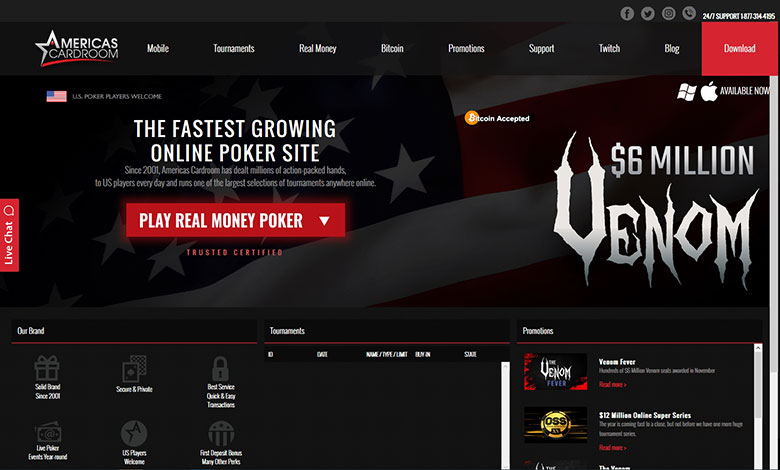 The software was changed in 2013. Thanks to a complete update, the software of this poker room was subsequently recognized as the best in the industry.

There are no obvious flaws in the application. Categories are located at the top of the game lobby, the button "Cashier"- in the lower right corner. The center is occupied by the menu that opens after choosing the type of tables. It should be noted that many users are not satisfied with the standard window size. It cannot be changed, which makes it difficult for people with vision problems to choose the right table. The interface language is English, there are no other options. This can be explained by the fact that the Americas Cardroom client is targeted at residents of Canada and the United States.